enjoy delving into the Artist's Biographies

Eric’s art work and life are equally colourful. Eric was born in Java, Indonesia, his heritage is Dutch Indonesian. His family moved to Holland and later to Tanzania, Africa. Here he spent a happy and spirited boyhood, surrounded by the exotic beauty and dangers of wild Africa.
His teenage years were lived in Holland, there his interest in the Arts developed, attending Art College in Den Haag.

The yearning for open space and adventure led Eric to Australia in 1972.
Travel has been an integral part of his life, journeying to Israel, New Zealand and New Guinea, revisiting Indonesia. Absorbing the ethos of different lifestyles has been an important factor for his artistic development.

Eric attended the Visual Arts Diploma Course at Newcastle University in 1988-98, and has had many exhibitions of his work in Newcastle.
Eric is primarily a sculptor but also loves drawing, print making and writing.
Near sell out exhibitions of collaborative works with Robyn Werkhoven, and sculptures by Eric Werkhoven – CAPRICE were held at SOAG Gallery Newcastle in 2009 and 2010.

For the past eight years Eric & Robyn Werkhoven have collaborated on a unique series of drawings and paintings celebrating everyday life “exploring the world of human caprice, with sheer delight and a touch of irony” for exhibitions in Australia and Europe.

Eric says – “Collaborative drawing sets off on a journey in the comfort of our home. We intuitively develop highlights and juxtapositions of figurative expressions. The theme becomes apparent after the first drawing, to create a series.”
A major exhibition of collaborative works and Eric’s sculptures was held at Maitland Regional Art Gallery in 2011, officially opened by art critic and writer Jill Stowell.

Since 2011 Eric & Robyn have established and curated an annual group exhibition with a challenging and cutting edge theme, held at Newcastle Art Space Gallery.

Preparation for the Final Journey, twenty professional artists explored the realm of death. In 2012 The Fine Line Between Pleasure & Pain and the theme for 2013 is Nightmares.
Eric’s sculptures are also represented at SOHO Gallery in Sydney, where he held a solo show there in 2010. 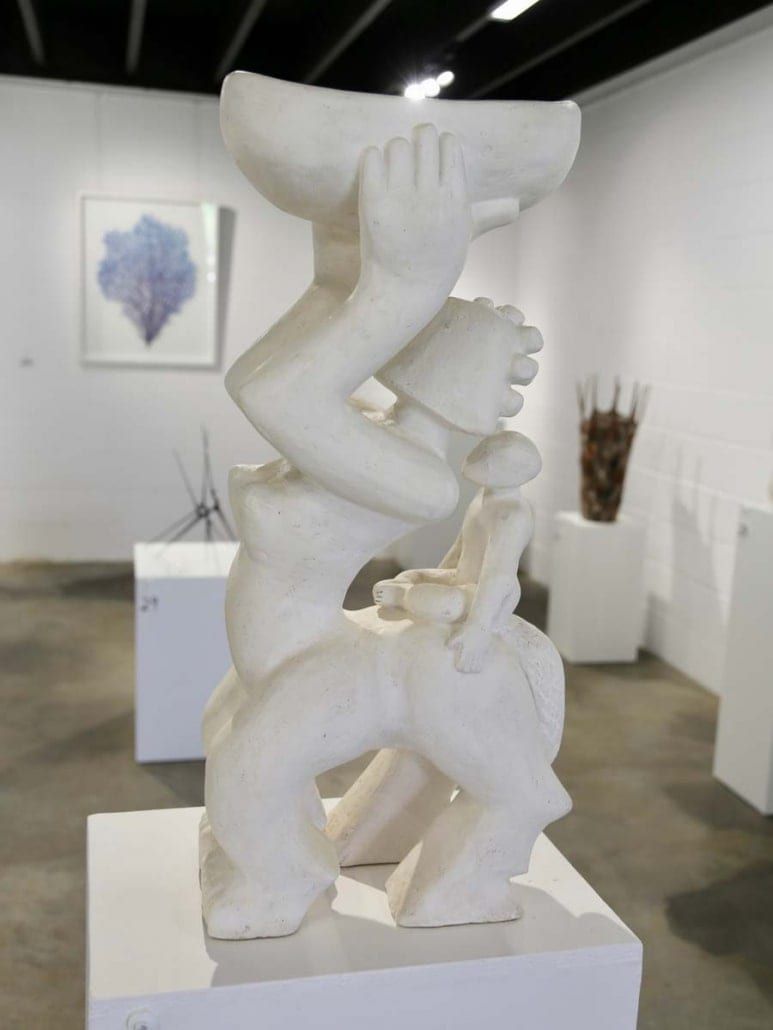