Inspired by the tradition in art of rendering of a “kiss” from Klimt, Besos embodies a depiction of longing and reconciliation. Man afloat alone on the sea of time is anchored in togetherness. 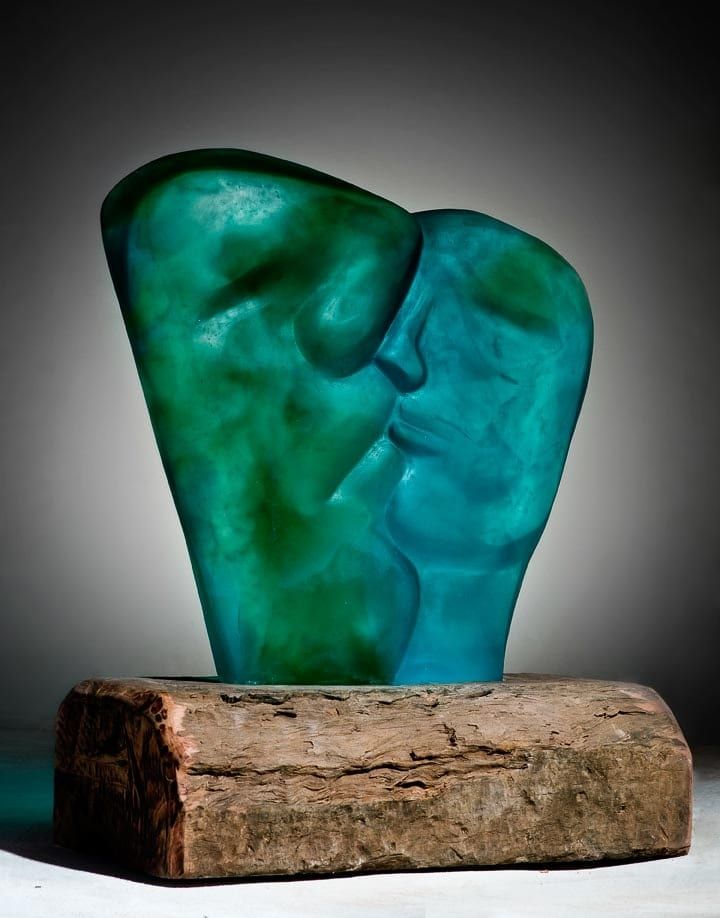