Dusty Days in the Saddle

The relationship between man and horse, gaining trust between each other. Riding for 12 hours mustering cattle, falling to the ground, only to have Samson put his nose against my face to comfort me. 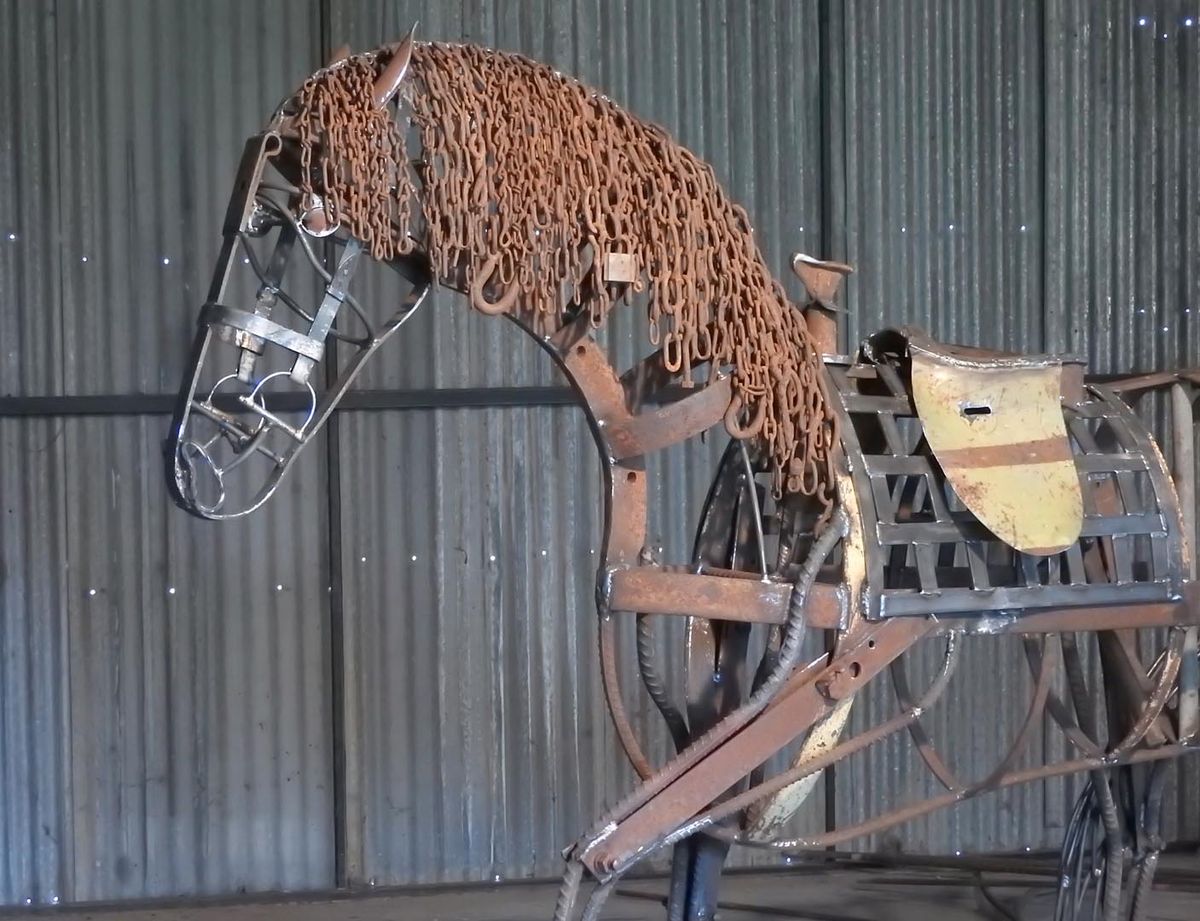 Dusty Days in the Saddle

Sam Anderson has been a full-time metal sculptor since 2006. After completing a silversmithing and jewellery design course, Sam started sculpting in steel soon afterwards.

Sam’s works include such things as an 8m whale shark, bigger than life gorilla, and abstract pieces in recycled materials, using varied techniques for his creations.  Sam exhibits throughout NSW and Victoria, with many wins and people's choice awards to his credit.

Bibliography
Articles in local newspapers The Border Morning Mail and The Wangaratta Chronicle.