This is one of a series that I started in 2013 after a trip to the East Kunderang in the Oxley Wild Rivers National park with artist friends. Drawing a mudmap is still a universal language. 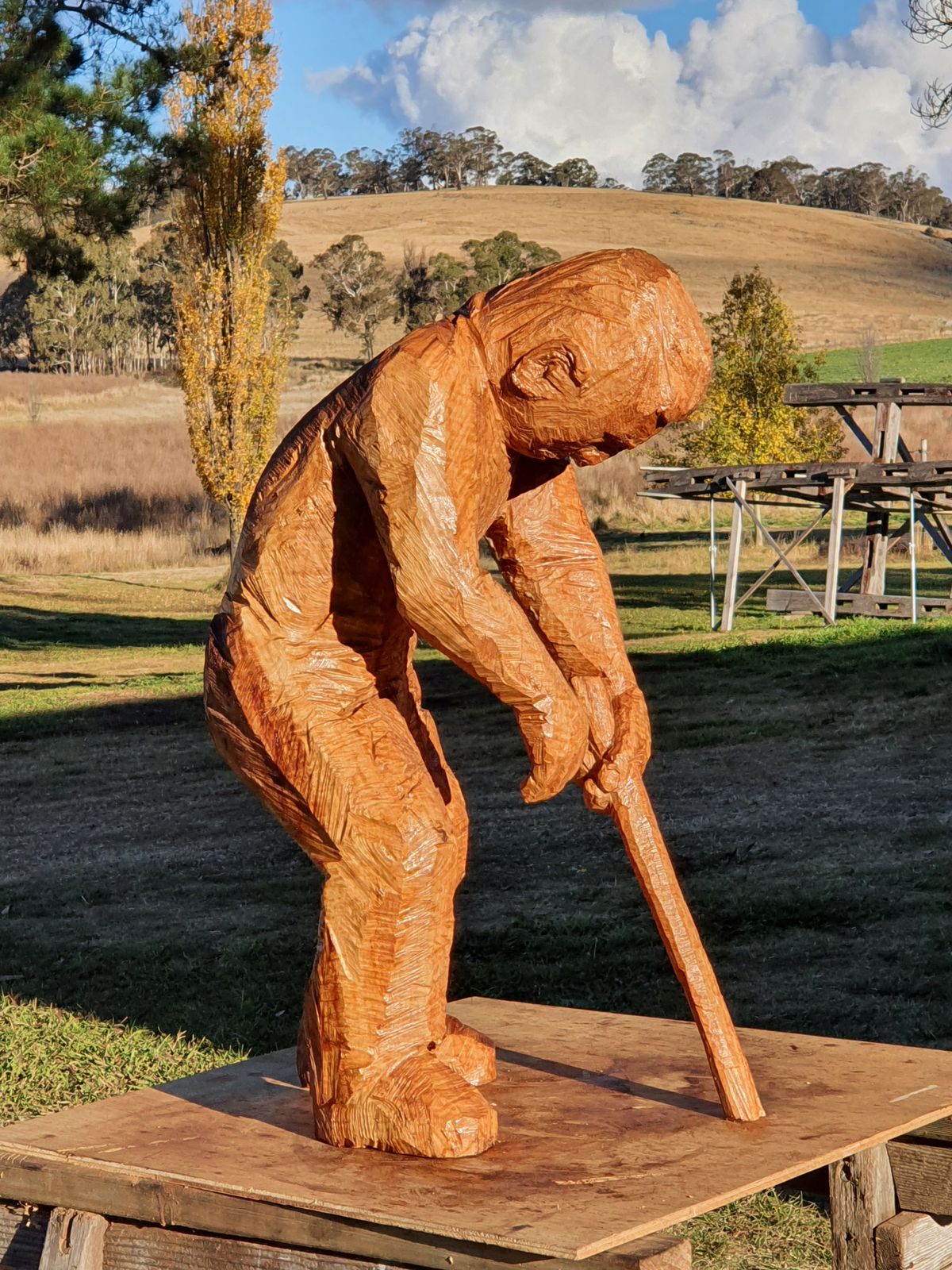 Stephen King was born in Bingara, NSW in 1958 and graduated from Sydney College of the Arts in 1979 with a printmaking major. In 1981 he travelled to London to study at St.Martins School of Art.

On his return to the family farm in Walcha, he starting making figurative sculpture carved with a chainsaw from fallen timber. Through his unique personal narrative he addresses issues around humanity, DNA, the environment, religious ideals and the continuum of life. He has explored the business of farming and how man and nature struggle to find the right balance.

King has also been instrumental in the creation of Walcha’s “Open Air Gallery” where in a town of 3,000 people there are more than 55 pieces of public art installed around the town.

He has exhibited throughout Australia and in China, Japan, the Czech Republic and Vienna, Austria with his work included in numerous public and private collections. He was invited to represent Australia at the Inami Wood Sculpture Symposium, Japan in 2007, won Aquasculpture, Port Macquarie twice and has exhibited in Sculpture by the Sea, Bondi 20 times, Cottesloe 4 times and at Aarhus, Denmark in 2015. His work of twenty years was the subject of a survey exhibition curated by Tamworth Regional Gallery which toured NSW in 2014-2015.

The transition from the figurative to constructions and the abstract culminated in the work “Fallout” that won him the major award in the 2013 Sculpture by the Sea, Bondi. As a long-time Decade club member he was an Invited Artist for the 20th Anniversary Sculpture by the Sea Exhibition at Bondi in 2016. This year will be the 20th year that he has been selected for the Bondi exhibition.

King has completed many commissions for private and public clients including a major work “Tower” in 2020 for Sculpture Down the Lachlan near Forbes, NSW and his largest commission “Carbon Store” for the Canal to Creek Public Art Program for Westconnex M8 at the St. Peters interchange, Sydney, also completed in 2020.