Animals made out of jackets, not the other way around. 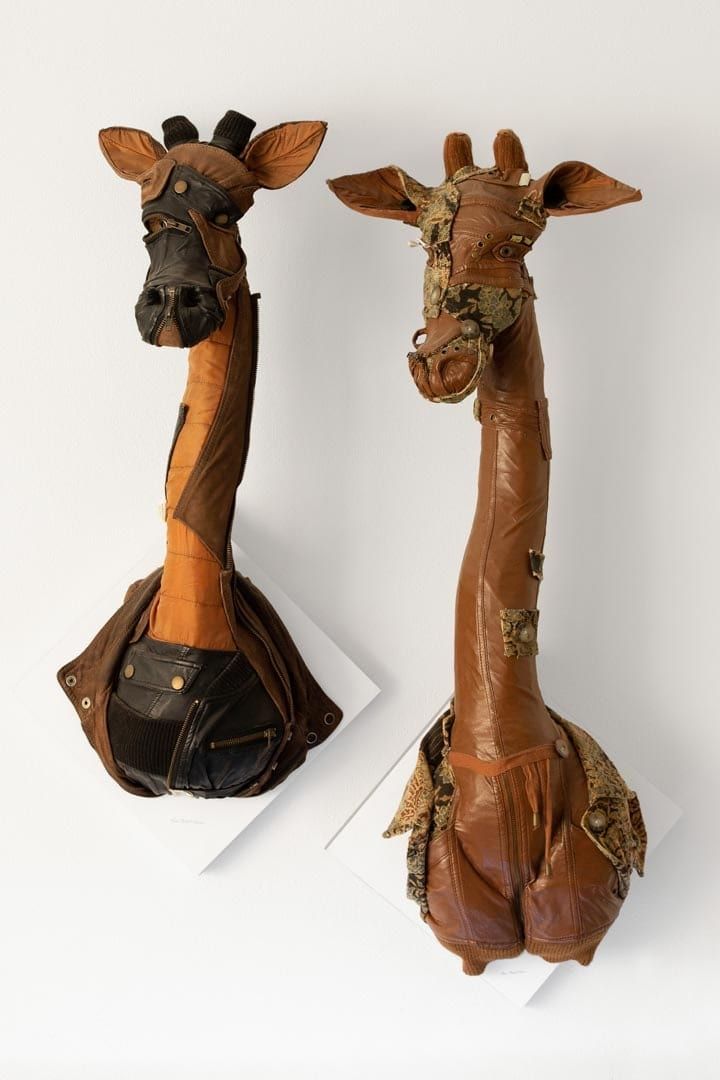 Making animals out of jackets,

not the other way around.

Ren Thackham is an award winning film maker and artist based in Manly, she only produces a small number of sculptures each year around her film career and has exhibited in Australia, England and Spain.

Second Coat is a simple reversal of killing an animal to make a jacket and a lot of her pieces focus on endangered animals. The seed of the idea came from a production design job where Ren had to make a wolf mask out of leather for a film and she chose to recycle a broken leather jacket for the materials.

Over the last couple of years she has created and sold many of these eco-friendly animal trophies. I've been blessed to have the opportunity to exhibit in various galleries in Australia and abroad and I recently had the honour of bringing home 2nd Prize at the Barcelona International Art Fair at Museu Marítim de Barcelona in December 2016.

Sculpture on the Farm marks her final exhibition before production of her debut feature film, an action comedy called ‘Ridgy Didge’ starring many of Australia’s most loved comedians.