The work is analogous to the unresolved tensions between notions of progress and respectful relations with the natural world. 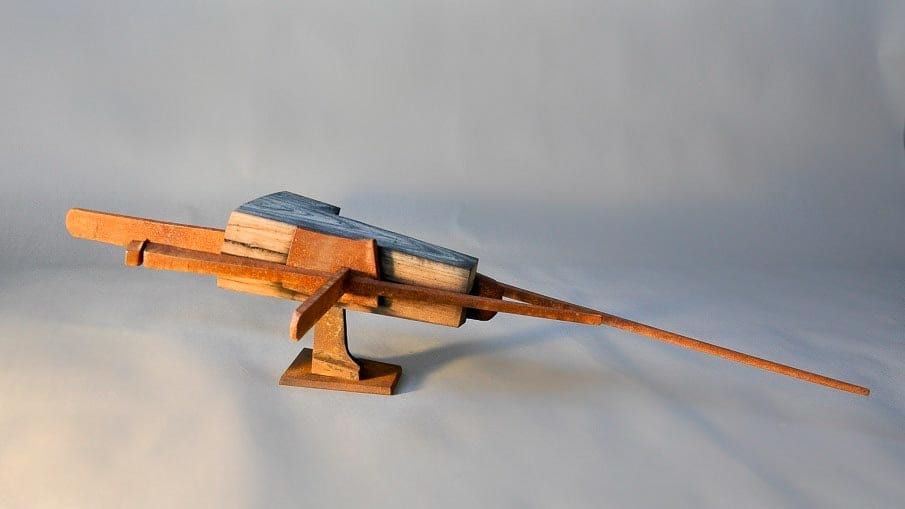 Will Maguire is a sculptor based in the Hunter Valley NSW. He initially trained as an industrial blacksmith before travelling and working overseas for many blacksmiths and sculptors throughout Europe, Russia, Japan, Canada and the USA. Since then he has studied botanical drawing and continues to study Philosophy as part of a BA at the University of Newcastle.

Maguire has completed artist residencies at the ANU sculpture studio 2019, the Penland school of crafts (USA) 2018. He was an invited master smith for the international collaboration to create a 12- ton WW1 Peace memorial in Ypres Belgium in 2016; he exhibited at the Woollahra small sculpture prize in 2018; Sculpture by the Sea Bondi in 2014; completed public art commissions throughout NSW and ACT; and exhibited in USA, UK and throughout Australia. His work is held in collections of the University of Newcastle, City of Wagga Wagga, Singleton Shire Council and private collections throughout the world.