enjoy delving into the Artist's Biographies 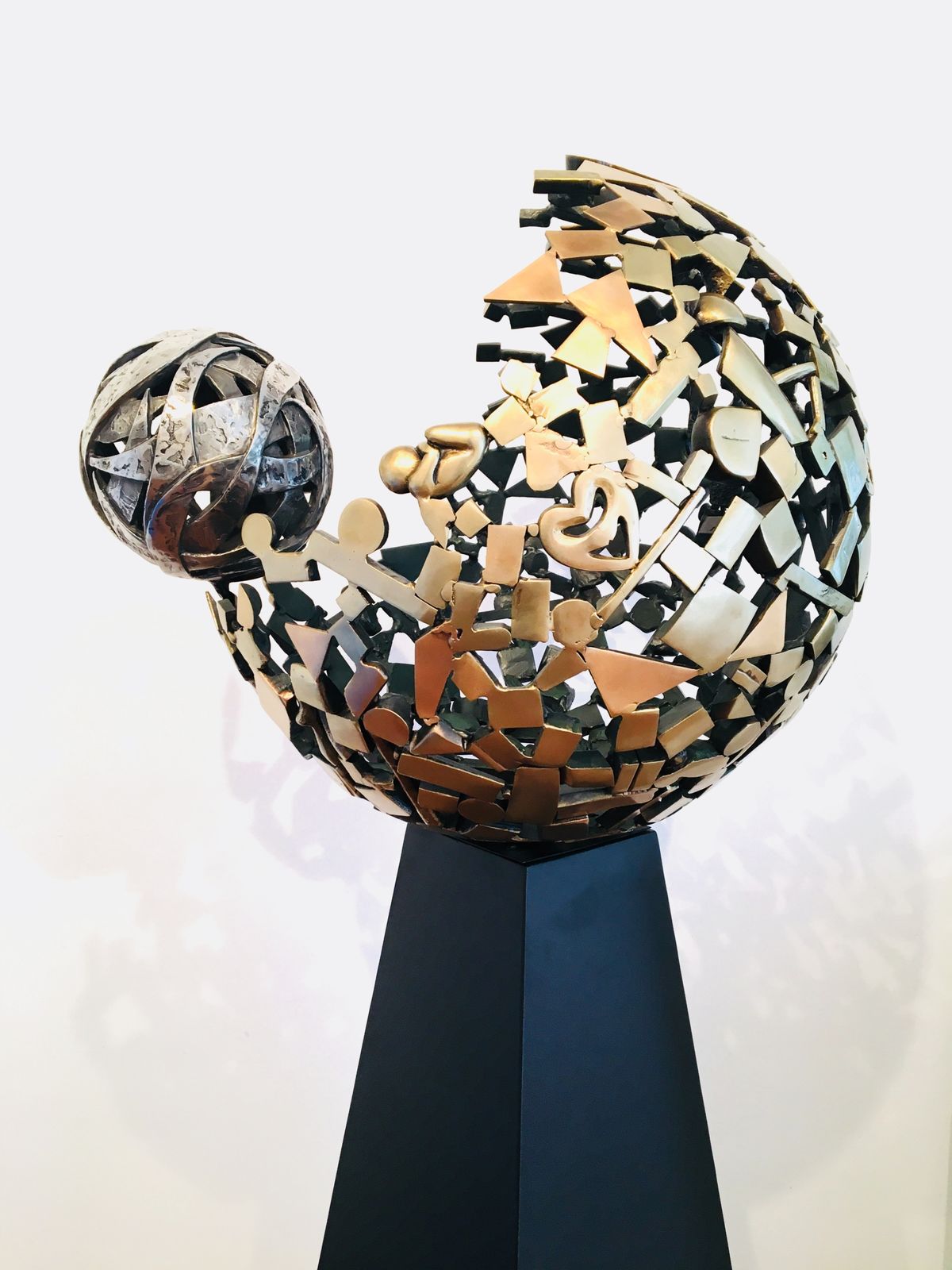 Born December 1974 to a family of artists in St Petersburg, Michael has always exhibited a strong talent in the visual arts and at age ten won first prize in a local Bondi children\’s art show. In his early formative years as an artist he excelled in sculpture, printmaking, painting and drawing, enjoying the different mediums and experimenting with different techniques.

However sculpture became his focus eighteen years ago and he has never looked back.
Michael has worked in numerous sculpting mediums such as clay, plaster, synthetic resins and steel. However stainless steel and bronze are his preferred materials due to their permanence and high quality.

Michael has worked as a professional artist since 2001, specialising in figurative and abstract bronze and stainless steel sculpture. He has also run sculpting workshops, since 2011, as a tutor at the prestigious private Sydney institutions such as Tom Bass Studio Sculpture School, Erskineville and Workshop Arts Centre, Willoughby.

Michael produces all his own bronzes, overseeing each process from start to finish.

His skill in sculpting and associated techniques in mould making and casting has led him to create a successful Mouldmaking and Art casting Studio based in the Central Coast, NSW. This studio now helps produce unique original sculptures for over 20 Australian artists.

\”I create sculpture that explores notions of beauty, the Sublime and that indefinable, poetic nature of the human condition.

My interest is in the synthesis of geometries with organic forms such as the human figure. The structure of my work lays in the interplay of line and shape and how that relates to the entirety of the whole form. The main intention of my art is to bring quiet contemplation to the mind and involve the person in the aesthetic experience\”.

Scroll to Top
Currently the artist don't have any social media yet.
Support him by sharing this page!