You can’t hold me down

You want me to conform? To be practical? To live according to your rules? To throw away my dreams? To stop living because of the current situation?
I don’t think so! 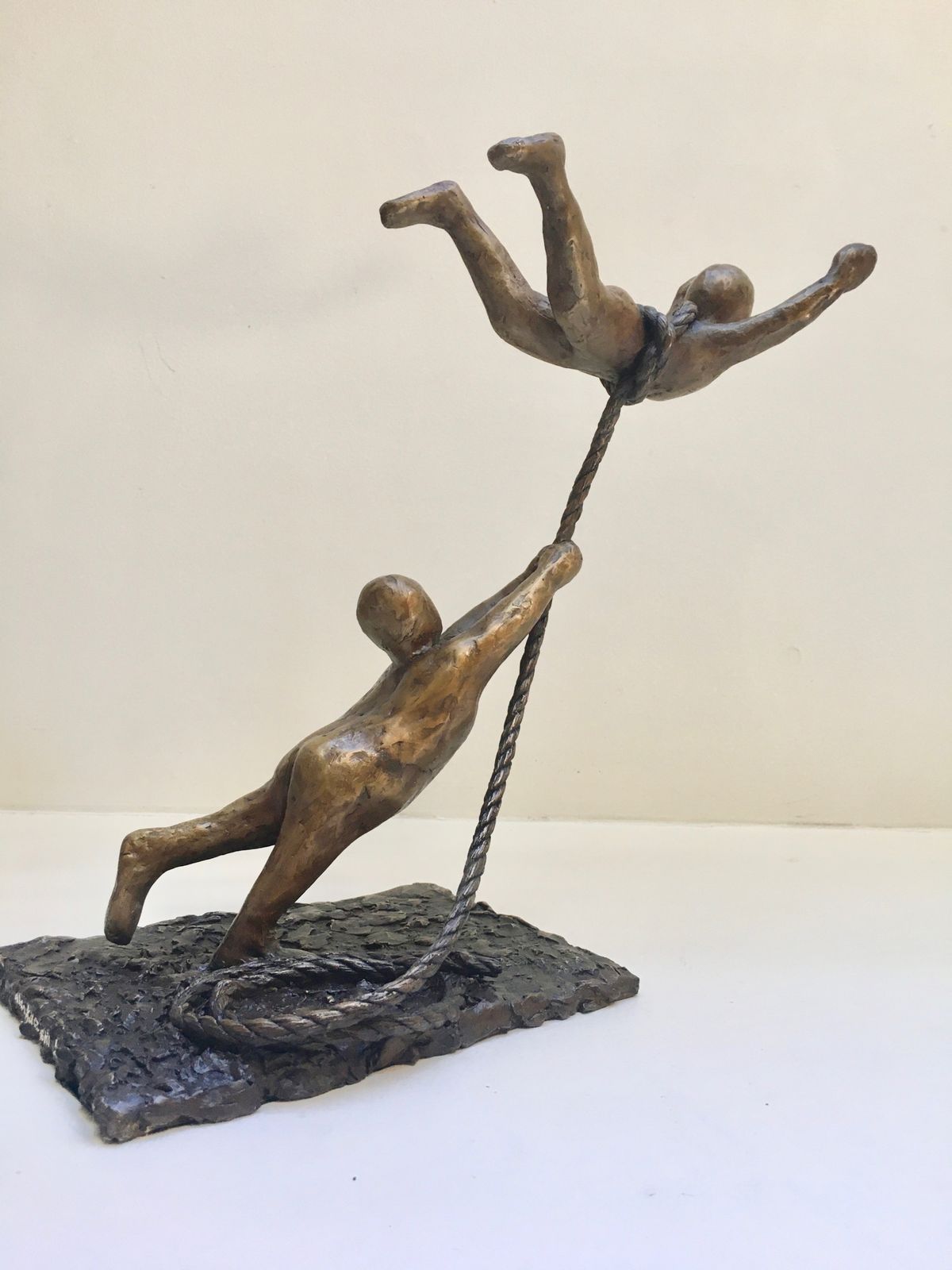 You can't hold me down

Alan is a storyteller. Each sculpture has a story. Some whimsical, some serious, some sad. But all thought provoking.

The names that he gives to his sculptures are meant as a clue as to what was in his mind when he made them. That’s to get you thinking, and then to allow you to continue to create the rest of the story that’s relevant to you.

Alan’s sculptures are incredibly varied. He doesn’t want to be seen as an artist who creates just one style or concept. He makes pieces that aren’t overly detailed and he doesn’t try to be anatomically accurate. Rather, he focuses on emotions and movement to convey the story.

Alan has studied with:

He’s been invited to display his sculptures in galleries and exhibitions in Milan, Sydney, Melbourne, and thoughout NSW and Victoria.

Alan’s sculptures have been purchased by people in UK, USA, Italy, Malta, Singapore, and Australia.